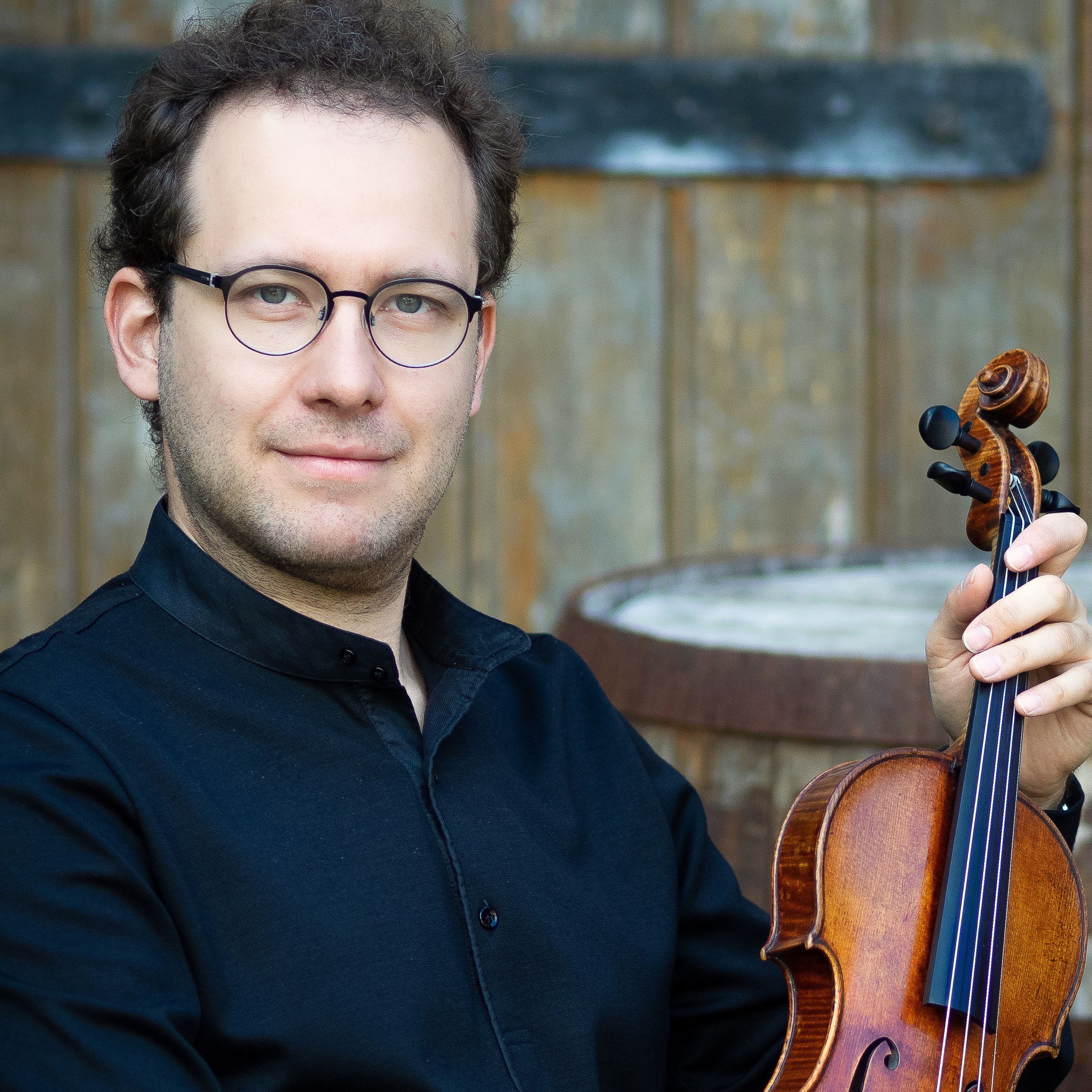 Alexander Kagan was born 1984 in Moscow, into a family of legendary Russian musicians: Oleg Kagan and Natalia Gutman and started playing the violin at the ages of six.
After graduating from the Moscow Conservatory in 2009 in the class of Prof. Kravchenko, he studied with Prof. Kolja Blacher in Hamburg and Berlin where he was granted a master degree in 2013.
His studies included a semester at the Manhattan School of Music in New York in the Pinchas Zukermann program and numerous masterclasses with Professors like Pavel Vernikov, Philipe Hirshhorn, Maurizio Fuchs. He has won prizes at the Glazunov International Competition in Paris, the David Oistrakh International Violin Competition in Odessa, Assembly International Competition, Moscow and the Pinerolo International Chamber Music Competition in Italy. Recent engagements include performances of the Bartok Violin Sonata with Víkingur Ólafsson in February 2021, Walton violin concerto as a soloist with Norrlandsoperan’s Symphony Orchestra and Joann Falletta in Umeå, Stockholm and Sundsvall (Sweden) 2019, a live TV solo appearance with the Swedish Radio Orchestra's at the 2018 New Year's Concert, several concerts with Norrlandsoperan Symphony Orchestra in Sweden in 2016, a performance of Lalo's Sinfonia Español on the island Madeira Portugal (2016), two performances of Mozart's Sinfonia Concertante with the Bergen Philharmonic Orchestra under conductors Andrew Manze and Andrew Litton in 2014. Alexander had his debut at the ‘Grand Hall’ of the Moscow Conservatory early in 2012 where he played the Beethoven Violin Concerto with the Orchestra of the Moscow Conservatory.

Alexander plays a violin by G.B. Guadagnini (1780) on loan from J. O. Odfjell in Bergen, Norway and a violin by Jean Baptiste Vuillaume (1855).

All Sessions by Alexander Kagan